1977
The Hollywood Killers build up a large following in and around Hastings and received rave reviews in Hastings Observer (anyone still got a copy?)

Various gigs were promoted by then schoolboy, Simon Fuller, who went on to manage The Spice Girls and S-Club 7.

Muff Winwood (Steve's brother), the leading A&R man, put the band into Island Studios in Notting Hill to demo some songs over a long summer weekend. Dire Straits were recording their debut album at the same time at Island Studios.

No deal materialised but the band started to build a major following in the London scene, playing extensively at Dingwalls in Camden Lock, Rock Garden, Nashville etc etc.

Charlie Tumahai of Be-Bop Deluxe joins the band for a few months.

4 Demos :  "Strange Lights"," Brown Eyes" & "Cute Little Girl"
The Boys ( www.theboys.co.uk ) backed Jim in the studios to record 4 more of his new songs including "Waiting For The Lady" which was later to appear on "To Hell With The Boys" (see The Boys site) having been re-recorded by them.

The HKs record "Butterfly" & "Speedo" at Gooseberry Studios in ChinaTown Soho with Jack Black of The Boys (Drums), Ricci Goldstein of Sham 69 (Drums/Percussion). This version of Butterfly was later released on the

Current line-up burned out and Jim moved to London.

Jim was signed by Mike Hurst (Producer of Cat Stevens & Showaddywaddy) and recorded and released a solo single on EMI Records, "Killer on The Dance Floor/Butterfly" under the name of The Speedos.

Jim signs "Speedo" and "Money Maketh Man" to Carlin Music Publishing and records both songs with Mike Hurst as Producer. The single was never released.

The Hollywood Killers gig furiously in London and gain a substantial cult following.

The Speedos revert to The Hollywood Killers and their popularity goes crazy! Clubs played included Dingwalls, The Embassy, Hammersmith Palais, Marquee, Rock Garden, Legends, as well as a few society gigs such as The Berkeley Square Ball (in front of the late Princess Margaret) and one at The Savoy.

Radio 1 In Concert on 19th November 1982 and recorded a session for Andy Peebles Show also on Radio 1.

Record failed to chart and the Creole contract was terminated.

Duncan leaves the band and eventually the Hollywood Killers split up.

Jim approached by Director Philip Knatchbull to act in a short film entitled "Teenage Dream". Jim plays a con-man at the fairground. Jason Connery plays Jim's brother, Jack Dee as his assistant and Katrine Boorman as the love interest.

Jim forms The Company of Wolves.

Jim disbands the Wolves in July.

Jim and the 1982 Hollywood Killers line-up play a one-off comeback gig at Crazy Larry's in Kings Road, Chelsea. Over 800 people cram into the nightclub.

Jim shoots the video for "Hole In My Room" in December 1986 which the band recorded.

Big Time Records collapses weeks before the release of "Hole In My Room" single.

Jim stars in pilot for film in Los Angeles called "No-one Slow Dances Anymore" and writes the theme song "I Do".

Jim releases the Big Time recording of "Hole In My Room" on Crazy Horse Records. Gets extensive airplay in UK and Europe, especially with Johnny Walker on GLR and Steve Wright on Radio 1.

The Hollywood Killers gig continually and disband at the end of the year.

Jim plays the thespian in Rumpole of The Bailey on London Weekend Television.

Walk-on parts during this period included Robin Hood Prince of Thieves, Mountains of The Moon, Gulag, Superman IV, Inspector Morse, Paradise Postponed and Emma, a film in which he plays a head gypsy and has to attack Gwyneth Paltrow in the woods. Its tough at the top!

Record a new version of "Elizabethan Man" (Produced by Jon Sweet & Pete Schwier) and Jim is immortalised as a bronze statue, by Mark Coreth, outside The Globe Theatre on the River Thames, next to the Millenium Bridge.

Jim writes and records "Cash In Hand" as the theme for a movie of the same name,  starring Richard E Grant and Charley Boorman. Also featuring on soundtrack are Hole In My Room, Money Maketh Man and Satellites.

Released 12 track album Timebomb on Soluble Discs.  Re-recordings of some of the classic Hollywood Killer tracks from the eighties, as well as new Jim Penfold compositions.

Headlined the Dare 2 Festival in Wiltshire, UK, amongst other live gigs.

Jim Penfold is composing and recording new material for future release and has been spotted at various Open Mic evenings in the West Country!

Jim signs young singer 'Lali Compton' to his Tropical Fruit Records label and she records 14 of his songs for an album, which he also produces...... www.lalicompton.com  .

Jim appears as the 'Butterfly Catcher' in the video for Lali's first single 'Butterflies', filmed at Ulster TV in Belfast.  Butterflies is released in July and Judd Lander promotes single to radio . Lali performs and is interviewed on various radio station (backed by Jim on guitar)...inc The Emma Britton show on BBC Radio Somerset, Billy Butler show on BBC Radio Merseyside and Glastonbury FM amongst others. The Sunday People make the single 'Tip For The Top' !. 2 more singles released on iTunes etc.....'Velvet Cushion' and 'Wanna Be Me'. Velvet Cushion video released in September

Almost Ready Records in USA are reissuing the 1978 single 'Goodbye Suicide/Tramp' on 7" vinyl this summer......more info to follow...... 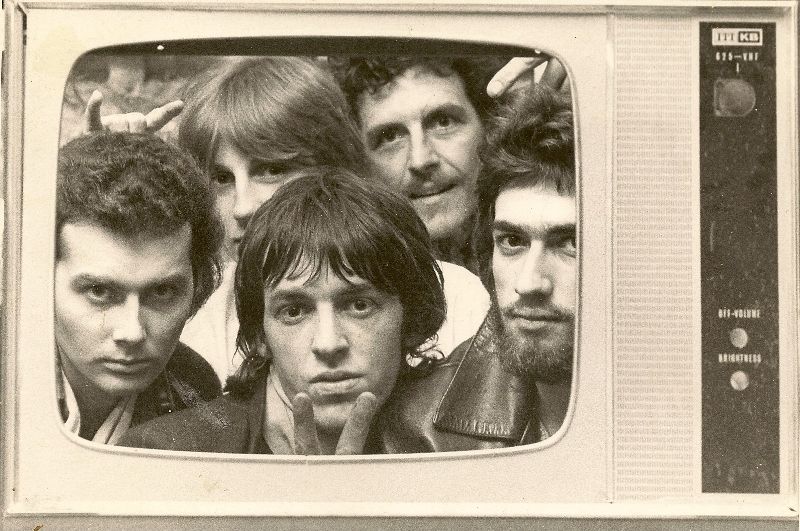